After a great turnout with a lot of new faces last week, I got some great input on new routes to try out. This week, I'm sending WPR out to the Grays Ferry Crescent, the little orphan Schuykill Banks Trail flanked by the Grays Ferry and the 34th Street Bridges. The two milers will stay close to home, but don't worry, I'll be at the bar, sipping a beer, and waiting for you all to return while I continue to nurse my injury. The routes are complicated this week, so please look them over if you can! 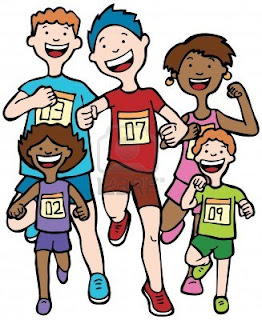 Now that we are running in the dark, there are a few things I want to encourage you all to do. First of all, wear light-colored clothes or reflective vests. It's Philly and drivers are insane and the cyclists are often worse.

Secondly, don't run alone!! Try to talk to folks before the run to figure out their distance and pace and match up, it's supposed to be a social club after all. This is especially important for the new runners that are coming out. I really need your help to make sure that new runners have someone to run with!

Lastly, be respectful when running through residential neighborhoods. People are not expecting runners to be coming up behind them (!) and this might spook some people. Slow down or pass on the road so you don't freak people out.

Boxer's Trail 5K. Saturday, October 20. A small race in East Fairmount Park that will benefit the Mander Recreation Center. The Boxer's Trail is beautiful, part road and part trail. Registration is only $20.


Running for Answers 5K. Sunday, October 21. A fundraiser for Desmoid Tumor research. Rosie O'donnel is slated to make an appearance. WPR has a small team together so come join us!

WPR 2 Year Anniversary Costume Run and Chili Cookoff! Wednesday, October 31st. Put on your running shoes and most runnable costumes, because WPR is entering its terrible twos on Halloween. We'll be throwing tantrums and asserting our independence while drinking beers and eating chili at Sara's house! Want to compete for greatest chili chef of all time? Well just send me an email or talk to me on Wednesday and I'll give you the deets.

This Week's Routes (Ending back at Fiume) 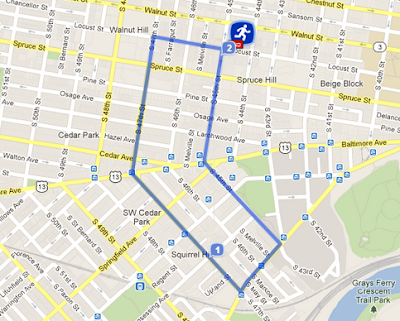 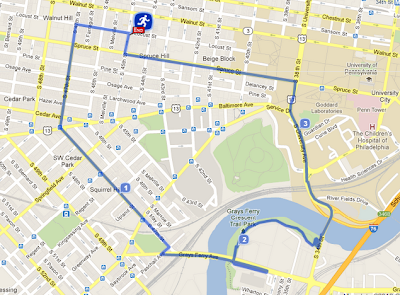 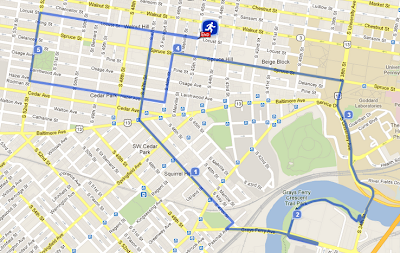