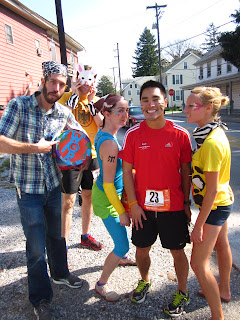 I was absolutely touched to be out at Ragnar this weekend with the West Philly Runners team. Running from Lancaster to Mt Pocono is no joke in itself. Doing it straight without sleeping overnight adds a whole new element. How about doing it with a broken collar bone, like Duc? Or with a 10 miler up and over a mountain with 1400' elevation gain, like Paul. Or ending your 11 mile run with 2 miles of steep uphills, like Amy. Maybe run over a mountain at 2am, like Dan, or finish your last 5 mile leg in the cold rain at 7 minute miles, like Heeju. Every runner had their own incredible story and our team had no shortage of hurdles placed before it (Alexis stepping on a nail on Monday and Arwin shredding her arm on Wednesday's run were just the most recent! - both needed Tetanus shots). Three runners were permanently taken off the roster due to joint injuries, myself included. And yet, this didn't make us resentful or nervous about the race. Instead we mocked the Curse of Ragnar, found 3 amazing replacements (thanks Murray, Chaz and Heeju for stepping up) and kicked those mountains' asses!

I've never been more proud of the group that I've assembled. Talks are already under way about next year's Adirondacks and Tennessee races. I've got my eyes set on the 6-person Maui relay in September and we'll be registering for Hood-to-Coast soon. I can't wait for the next time that I cram myself into a van with the greatest people in the world.

West Philly Runners Turns Two Chili Cookoff. October 31st! Put on your running shoes and most runnable costumes, because WPR is entering its terrible twos on Halloween. We'll be throwing tantrums and asserting our independence while drinking beers at Sara's house! We're going to have a chili cookoff as part of the celebration!! 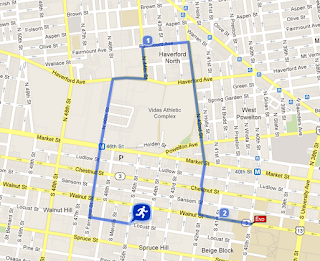 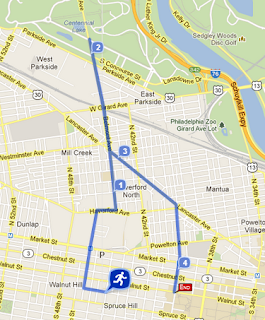 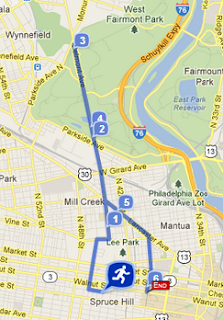