Stop the presses! West Philly Runner's 150th run is this week (that's 6 weeks ahead of our 3-year anniversary. MATH!) We'll continue the beer-pizza party tradition of the last few months with a run to Pasqually's this week.

Well one thing's for sure now: it's getting dark MUCH earlier! One of the beautiful things about running at the same time every week and all year round is that we get to fully embrace the changing seasons and the weird, undulating path of the earth around the sun. Which is to say it's going to be dark during our run this week so it's time to start thinking about bright clothes and reflective vests. Don't forget that we are running through busy city streets and often in places where drivers don't expect runners, so it's important to be visible.

The Chicken Run is THIS Saturday! Did I mention that this is Sarah's race and that you really should run it? Yeah, do it! The race is a 5K or 5M in Fort Washington. You can camp out the night before or bike up the day of! Extra fun!

The final Wissahickon Wanderers Fall Trail Race is this Thursday. Meet at 6:30 at the Valley Green Inn. It's a really, really good time with beautiful runs through the Wissahickon! Wear your trail running shoes.

In a few weeks, we're going to hit the Cobbs Creek Park super hard!
First, we have a Cobbs Creek Fun Run with Philadelphia Runner on 10/6 at 9am. We'll run from 37th and Walnut into the Park and have a short overview of the programs that go on in the park by the Docents. We'll wrap up with a run back to Cedar Park Cafe (49th and Baltimore) for brunch!

Then, the Cobbs Creek 5K is the following Saturday, 10/12! This is a really great opportunity for us to get a good group out to this kick-ass West Philly park and also try to beat our showing from last year (we had over 20 runners there!) I'd really appreciate if you could all make it out to this race, which is basically WPR's race!

This Week's Routes (to Pasqually's) 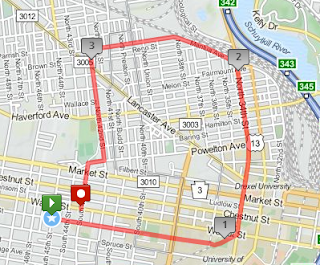 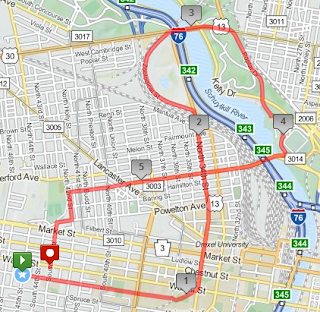